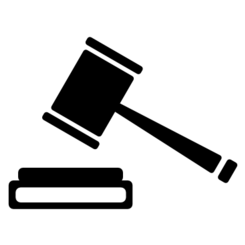 The Luccitti Law Firm of Glendale, Arizona has an excellent reputation and an impressive success rate.   We pride ourselves on our one-on-one personal approach and our ability to analyze a client's situation in order to tailor a personalized strategy to obtain the best possible outcome.

Mr. Luccitti has been practicing law for 30 years.  He was born in New York and practiced there until 2003, when he and his family moved to Arizona.  Mr. Luccitti is a graduate of St. John's University School of Law, New York City.  He gained much of his experience in the Supreme Court of the State of New York, handling cases from inception to trial.

Mr. Luccitti is a member of the bar in good standing in Arizona and New York. He has extensive litigation experience and will take your matter seriously. Mr. Luccitti and his staff will be eager and aggressive in pursuing your rights.

Mr. Luccitti is admitted to practice law in Arizona and New York and is authorized to represent clients in both states.

Mr. Luccitti is a member of the following: